As part of the launch of the Samsung Galaxy Note 9, Samsung has created the first 'in the middle of nowhere' coworking space to demonstrate how smartphone features make it possible to work from anywhere.

This campaign, developed by UZINA, was held at Casa do Penedo, 10km from Fafe, which, due to its isolation, has become the ideal place to demonstrate that, with the right technology, it is possible to work from anywhere.
Under the motto of mobility and remote work, Samsung Portugal brought together five people from different desktops - a businessman, an illustrator, a presenter, a photographer and a journalist - working for two days at Casa do Penedo equipped with a Samsung Galaxy. Note9 each, a monitor and Wi-Fi network.

The experience of these five guests has been documented in a number of videos according to smartphone-specific features, which are intended to prove the trend that work is less and less a fixed, physical place where we go daily and at set times.

The concept of the campaign was conceived and implemented by UZINA and ZOF, respectively, with the creative direction of Susana Albuquerque.

The weirdest house in the world 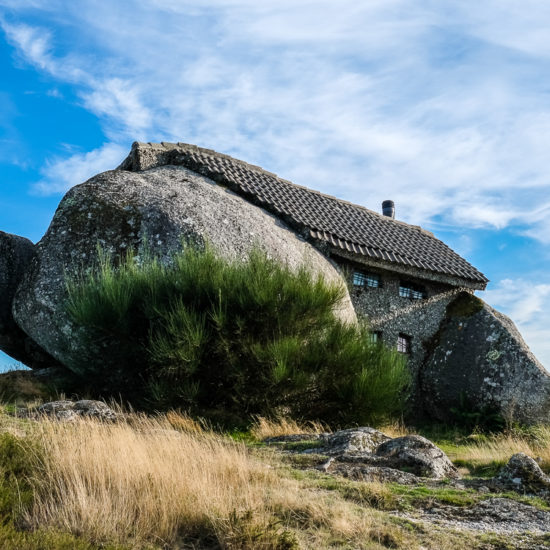 This website uses cookies to improve your experience while you navigate through the website. Out of these cookies, the cookies that are categorized as necessary are stored on your browser as they are essential for the working of basic functionalities of the website. We also use third-party cookies that help us analyze and understand how you use this website. These cookies will be stored in your browser only with your consent. You also have the option to opt-out of these cookies. But opting out of some of these cookies may have an effect on your browsing experience.
Necessary Sempre activado
Necessary cookies are absolutely essential for the website to function properly. This category only includes cookies that ensures basic functionalities and security features of the website. These cookies do not store any personal information.
Non-necessary
Any cookies that may not be particularly necessary for the website to function and is used specifically to collect user personal data via analytics, ads, other embedded contents are termed as non-necessary cookies. It is mandatory to procure user consent prior to running these cookies on your website.
SAVE & ACCEPT